The event took place on Tuesday at Footlocker in New York City.

Most of the items are in black and white and includes baggy t-shirts, loose fitting jumpers, skirts, pants and even shoes are thrown into the mix.

The popstar explained that the collection has been inspired by Japanese street culture.

Fans gathered to watch Rihanna enter the venue to her own tunes. 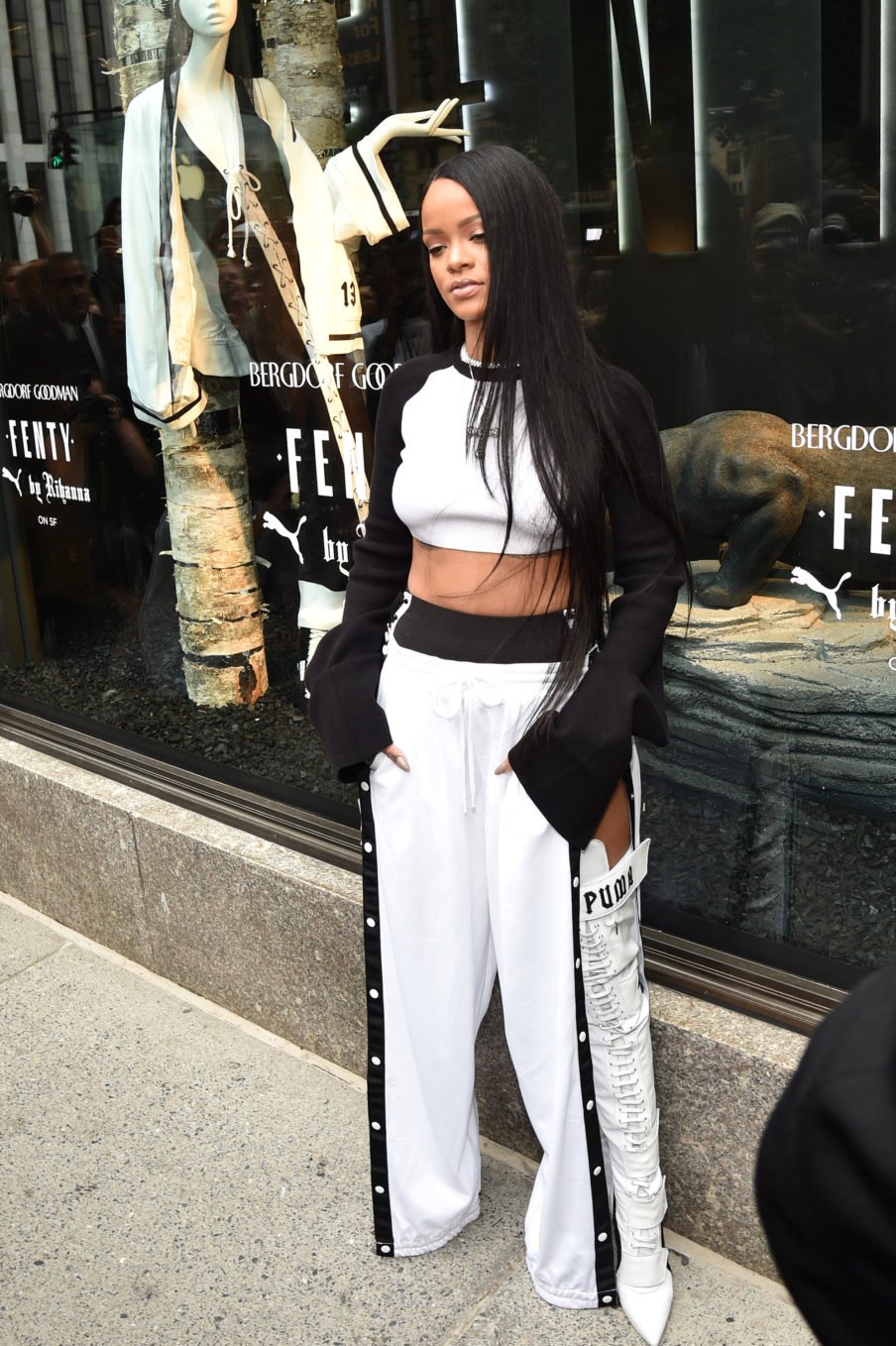 On the day she wore a white long sleeved cropped jumper that had black sleeves. She paired this with a long white skirt that flowed down to the floor. The skirt had two slits running up the side to reveal lavish leather over the knee white boots that clung to her thighs.

She wore her sleek, long dark hair down and straight with a parting that was just off center.

The singer had kept her makeup simple, using a nude lipgloss that had a hint of pink. Her eyes were coated with a light layer of salmon coloured eye shadow and her cheeks had a touch of blush.

The look was completed with stand out eyeliner that framed her eyes.

Before the launch ceremony Rihanna tweeted out to her followers saying: “NEW YORK who’s heading to #FENTYXPUMA pop up at @SIX02 33rd st?! Come shop with me at 7PM!”